The Crime Reporters Association of Nigeria (CRAN) on Tuesday played host to the newly appointed Chairman of the Lagos State Environmental and Other Offences Commission (Task Force), Shola Jejeloye; a Chief Superintendent of Police (CSP) at the Oduduwa Street Media Center of the Association.

The new boss of the Task Force had come on the maiden visit with some senior officers of the Commission to officially fraternise with the crime reporters and seek ways of collaborating in the task of keeping Lagos clean and free from environmental hindrances that often create traffic snarl.

According to Jejeloye, the place of journalists as critical stakeholders in the discharge of the responsibilities of the Task Force cannot be under- estimated as the media had helped his predecessors in office to succeed over the years.

Apart from informing members of the public about the activities of the Task Force, the new Chairman stated that the media usually play vital role of advising the Commission where and when necessary and also help in educating the public on the statutory functions of the Task Force officials.

He has therefore solicited more unfettered collaboration with CRAN members during his tenure so that he would be able to excel in the discharge of his mandate.

Earlier in his welcome speech, President of CRAN, Mr. Odita Sunday noted that the relationship between the Task Force and his Association was more symbiotic in nature, in the sense that past leaderships of the Commission had carried journalists along in the discharge of their duties.

He charged the new Chairman to maintain or improve on the status quo since the only way members of the public would know about the good work they are doing would only be through the media.

The CRAN leader also charged him to operate an open door that does not allow tribalism to taint his administration even as he reminded him of the cosmopolitan status of Lagos.

Other members of CRAN also used the opportunity to tell the Chairman of the need to always admonish his officers in the field to always play by the rules and avoid any monstrous posturing that would remind the public of military era.

“We are not in a military era where everything is by coercion. Let the Task Force officials be more civil in their activities” CRAN members advised.

The journalists while appreciating the new Chairman for taking time to visit them few days after assumption of office, pledged to cooperate with him in sofar as things are done according to the statutory mandate of the Task Force.

It will be recalled that CSP Shola Jejeloye was appointed last month to replace the former Chairman, CSP Olayinka Egbeyemi who is now the incumbent Commander of the Rapid Response Squad. 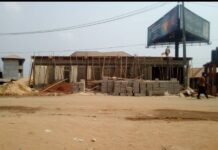 Bridgehead Elders Condemn Building Of Illegal Structures At The Market 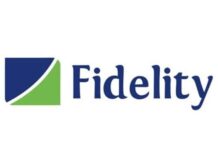 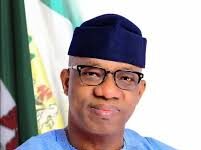 Zamfara Commissioner of Police Urges The Public With Credible Evidence Against...

Ekwunife Flags Off Construction Of Healthcare Centre In Neni Community