Celebrity Barman, Chief Dr. Pascal Okechukwu aka Cubana Chief priest has declared his boss and mentor Obi Cubana made him.

Cubana Chief Priest, whose net worth according to estimates is $17.08 million. He was able to achieve these figures as a result of his successful career as an entrepreneur and show promoting also bagging some notable endorsement with brands like bullet drink.

The Club Xhrine boss has worked with a number of A-list music artists in Nigeria, such as Davido, Peruzzi, Burna Boy, and others. But he seemed to show a special recognition to a particular musician, Davido, who he said changed his life. On August 19, 2018, Davido came to Owerri with Chioma, his fiancee, to perform, and the occasion brought a massive crowd to the Cubana Grand Hotel, Owerri. This helped to increase Cubana’s popularity.

The popular social media personality, who was feting his boss, imagined the immense pride and fulfilment Obi Cubana feels whenever he looks upon his proteges.

Expressing satisfaction with his achievements so far, Chief priest noted he would one day leave the world feeling utmost fulfilment with all he’d have accomplished.

The 40-year-old nightlife entertainment figure further queried those who boast and claim to be notable personalities while also challenging them to make their protégés known to the world if they have any.

Cubana Chief Priest is married to the owner of @_DeAngels – De Angels Bar & Grill, And his marriage is blessed with two boys, Chukwuebuka and Obinna.

Cubana chief priest wrote: “Dude @obi_cubana Made A Champion, I Wonder How He Feels When He Sees Me.
“Someday Ama Look At My Undertaker @loyalson_justice And Feel Super Good Too.
“All Of Una Wey Dey Fume Boss, Who Have You Made?” 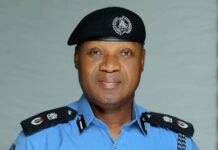 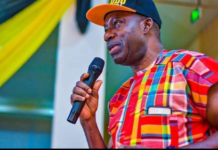 I Have Adopted Open Governance Model, There Won’t Be Fanfare At My Inauguration – Soludo 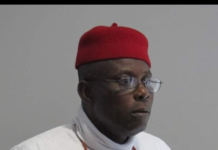 Buhari, IGP, Others Should Beam Searchlight On Ibusa Ritualists – Odogwu Of Ibusa

N100 Million Worth Of Cannabis, Others Intercepted By Navy During Yuletide

Kaduna Police Command Foiled Kidnapping Of An Expatriate And The Recovery...